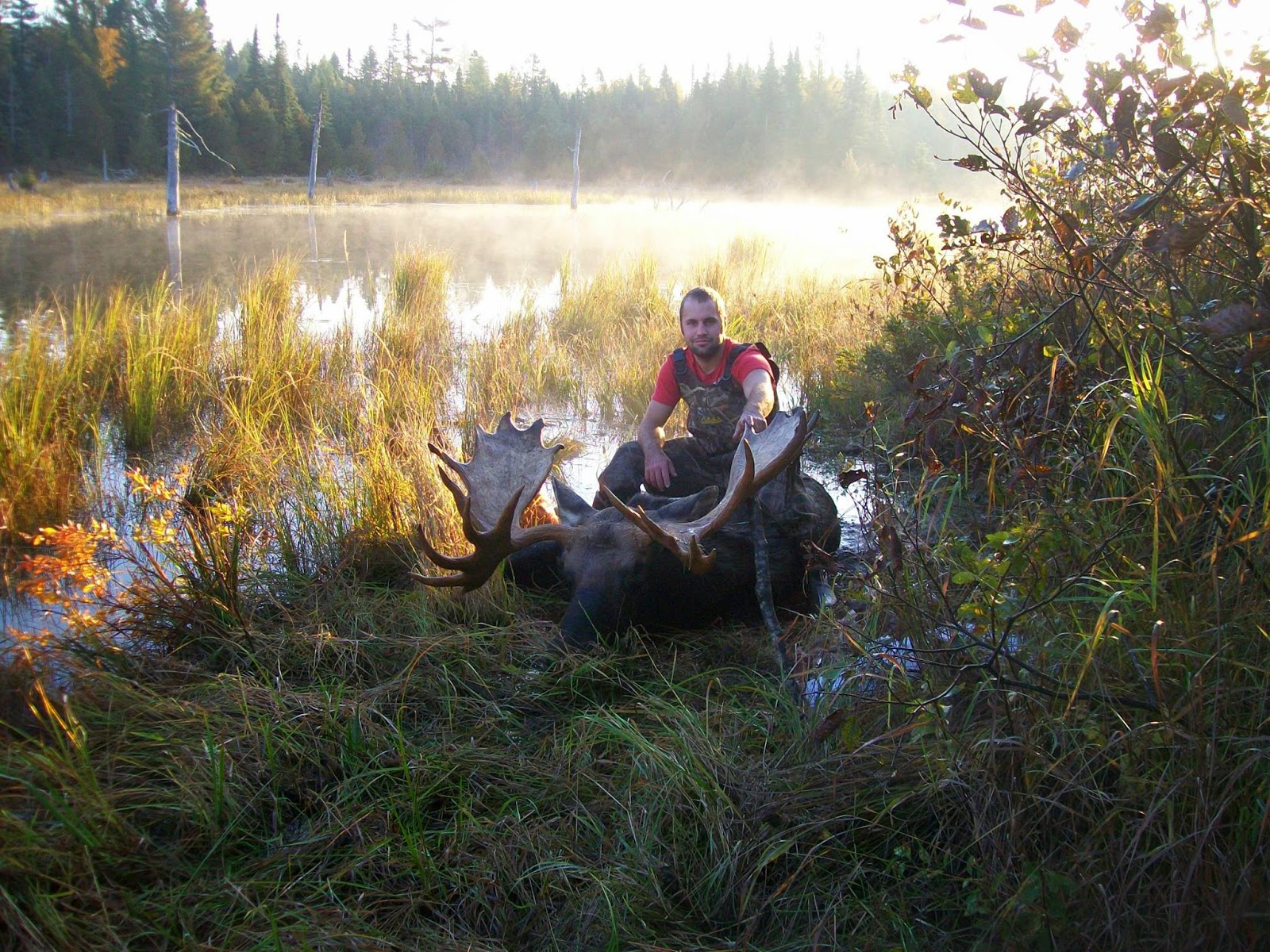 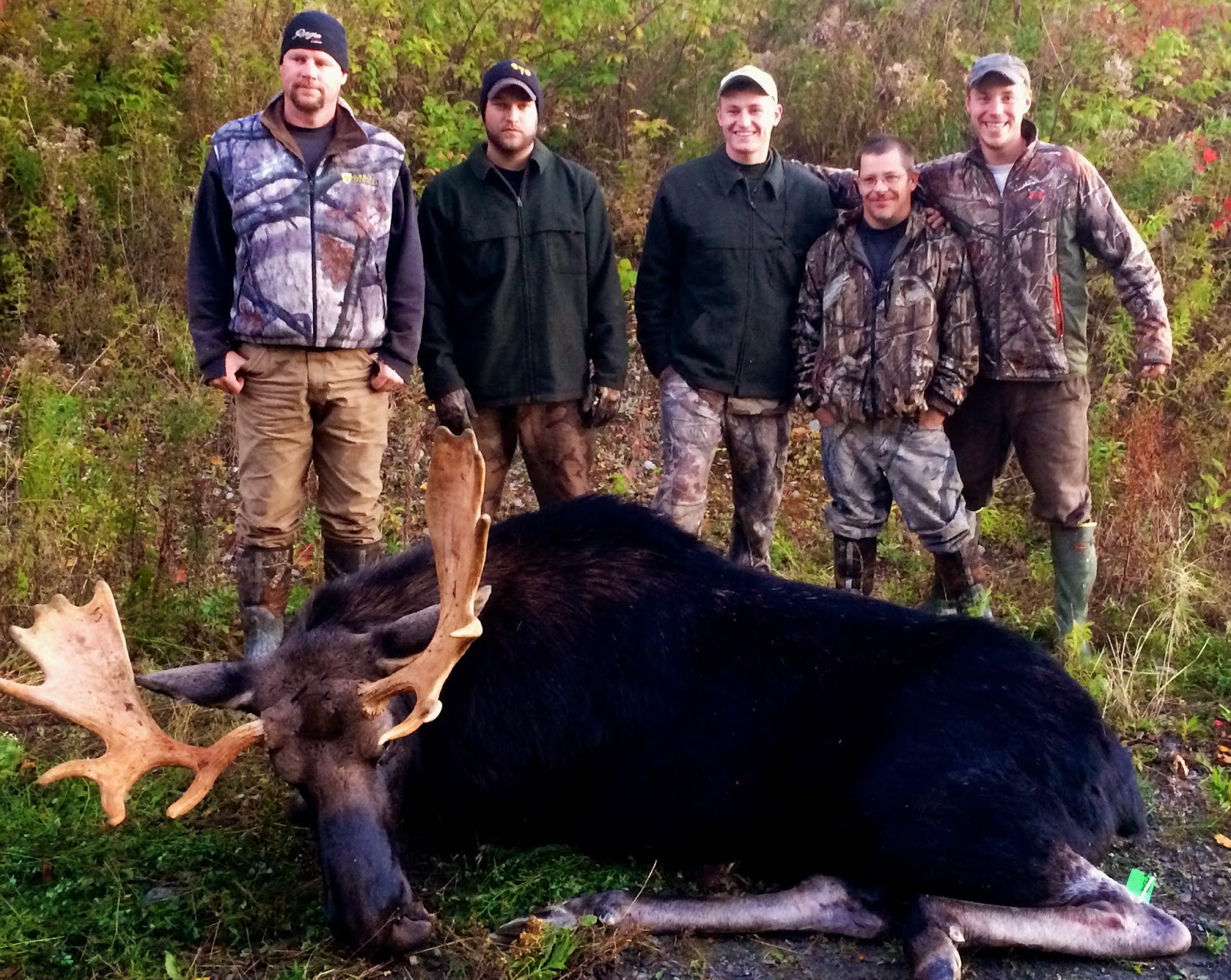 The 2014 Maine moose hunt was an adventure never to forget. The team of guides and packers were non other than the most professional hunters and guides to date. The hunt went very smoothly despite the warm weather and variable winds out of the south, south west. with 10 out of 11 hunters being successful. The 11th hunter was added on later in the week and had opportunities that amounted to just that. Friends were made and others were re kindled.

A returning moose hunter that was drawn a few years back was happy to have his son drawn this year. He was successful to harvest a moose with a 51 inch rack that had kickers and non typical characteristics. We had located the bull while returning from a hunt in zone 6. Our guide was able to return to the spot in zone 3 the next morning and called him into close range for the shot. 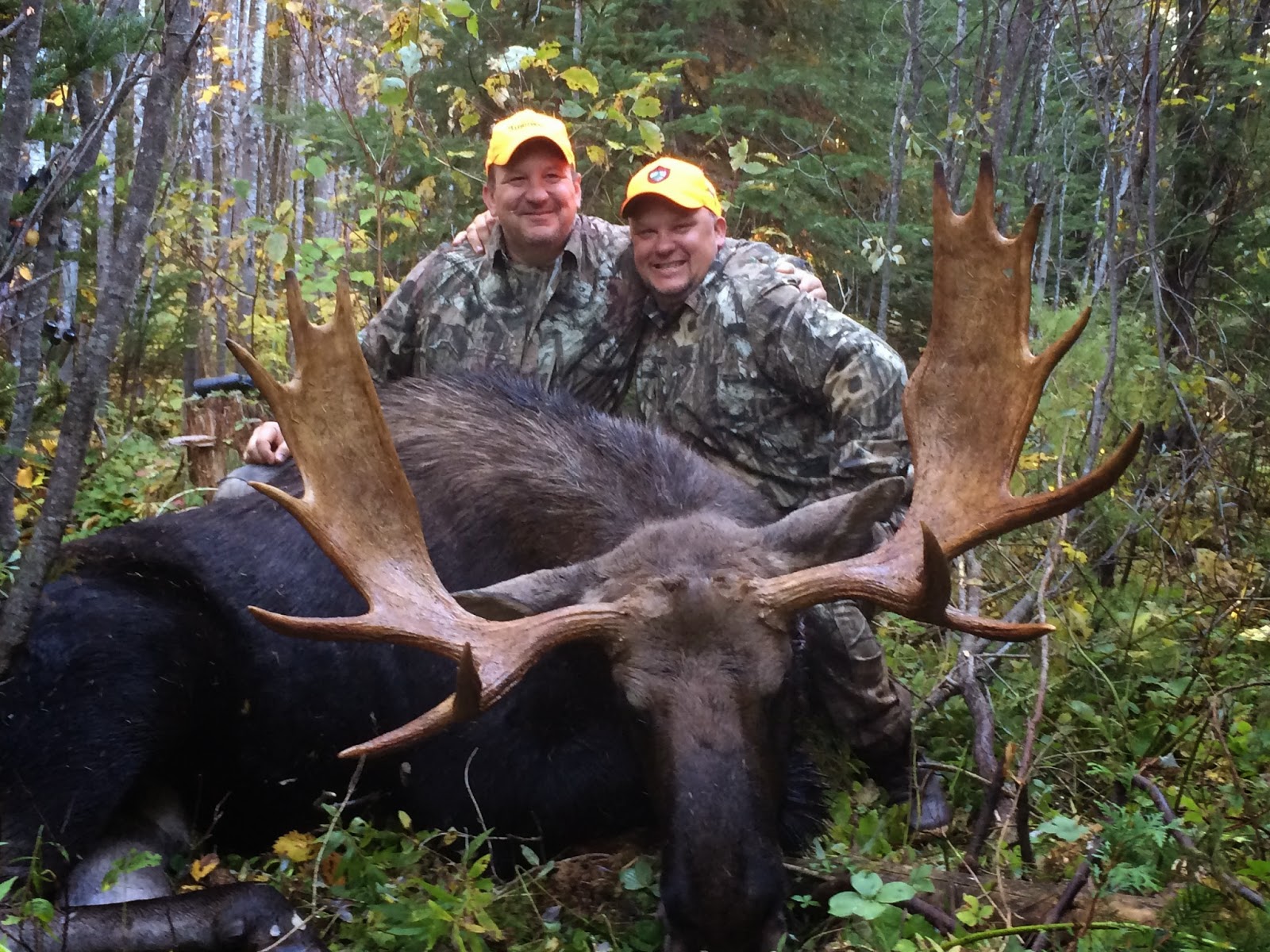 Some of the adventures including a moose that was harvested by a return client and was with a moose that charged after the second shot at six yards!

We also had a client that was bow hunting and harvested a great bull at 30 yards. He made an excellent shot, the animal only went 15 yards. He was rushed to get back to his brother that had become ill. Our prayers go out to him and his family.

I was also lucky enough to draw a Maine moose tag for the third time! I had a day and a half to hunt and was partial to hunting our camp rd. In another location on my first day (Thursday), after guiding a bow hunter, I was able to meet up with one of my guides that had located a bull with a cow in a swamp. With my bow in hand and one of my guides doing the calling we reeled the bull into 10 yards. He was a 50 inch bull with narrow palms. My shots were not as favorable as I would have liked but could have pulled it off. I passed on the shot thinking of the bulls we had found running around near camp. The next morning I connected with a great bull on the camp rd while using my Nosler 300 WSM, M48, equipped with a Swarovski Z6i 2x4-12 . The animal went 60 yards and the footage on both the archery harvest and my bull was excellent.

All hunts were bull hunts and I cannot say enough about our team of guides and staff that helped to produce such a wonderful experience for our clients. It was truly a hunt to remember. Thanks to all our clients, guides and staff. What a hunt! -Nathan Theriault.